Canberra Grammar School welcomes you to the opening ceremony of the Snow Concert Hall. The evening’s proceedings include a range of performances from talented CGS students to CGS Alumni who are now respected and acclaimed musical artists. These performances have been carefully curated to create a truly memorable experience for all our invited guests. We hope you enjoy the programme.

suspended in the clouds
our river valley home

*Special thanks to Aunty Violet for her consultation and contribution.

Amid the flowering dogwood trees,
And light-strewn tessellations
Concealed by bird and insect tones
A whispered groundswell rises

From deep within the rough-hewn stone
A fundamental, deep and clear
Nurtured by so many hearts
Drawing closer, drawing near.

Echoed by those who walked these halls,
Whose tread we feel under our own,
In this space we now are one,
We call, and the walls call in return

With fierce and focused energy
This passacaglia now rages,
Composed by many unseen hands,
On many unseen pages,

Forged into one great song,
And heard from within the earth.
Rising just like a well spring.

From deep within the rough-hewn stone
A fundamental, deep, and clear
Nurtured by so many hearts
Drawing closer, drawing near.

And when all is silent
Moments of truth are heard,
Sensed in quiet solitude,
This timeless resonance. 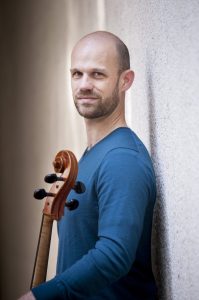 Christopher has performed as part of the Euro Arts Festival in Wuppertal, the International Music Institute in Darmstadt, as well as recitals in New York, Leipzig, Chicago, Tel Aviv and Moscow. Christopher’s awards include 2007 Gisborne International Music Competition (New Zealand) 1st prize, a Churchill Fellowship in 2008, the 2009 Nelson Meers Foundation Scholarship at the Sydney Eisteddfod, and Semi-finalist in the 2010 ABC YPA.

Christopher received his BM in Tasmania under Christian Wojtowicz, his MM under Uzi Wiesel in Sydney, and his Concert Exam with Hans Jørgen Jensen at Northwestern University, where he was also a member of the Civic Orchestra of Chicago, working with Yo-Yo Ma and Riccardo Muti. Christopher became a full member of the Sydney Symphony Orchestra in 2013, which has fostered his love for contemporary music, especially under the artistic leadership of their chief conductor, David Robertson.

Christopher is a co-founding member of Sydney Piano Trio, with pianist/composer Jocelyn Ho, and is also the co-founder of a series in Sydney called Opus Now, which currently explores relationships between the Beethoven string quartets and contemporary music.

Christopher is a doctoral candidate at the University of Sydney, focusing on 19th century German romantic performance techniques and applying these to the late Beethoven cello sonatas.

Christopher is passionate about bringing together musicians and composers in Australia, to further strengthen (and reflect upon) our collective Austral musical language.

Aaron is currently a fourth-year PhD candidate at the Australian National University School of Music and a Visiting Music Teacher (VMT) at Canberra Grammar School. He studied under Emeritus Professor Larry Sitsky AO, Kotaro Nagano and Wendy Lorenz. His dissertation focuses on the pianism of Italian-German pianist, Ferruccio Busoni, and how his idiosyncratic interpretations of a selection of piano recordings propagate insightful and meaningful ways of piano playing. He submitted his PhD thesis in late February 2022.

In 2016 and 2018, Aaron was invited to perform in the Canberra International Music Festival as a Young Artist. He recorded a CD of Larry Sitsky’s Piano Sonata No.4 ‘Sufi Path’, received a grant from the ANU Friends of the School of Music and was offered a work-study scholarship from the Golandsky Institute to participate and perform in the 2016 Summer Symposium in Princeton University, USA. In October 2019, Aaron embarked on a 3-week PhD research trip to Stanford University, to access the Larry Sitsky Piano Roll Catalogue Collection.

In 2021, Aaron returned to Canberra Grammar School to teach as a VMT, sharing his passion and philosophy of music teaching with others. He also runs a busy private studio in Pearce.

Since releasing his debut jazz album to critical acclaim and a four star review in The Australian, Liam has continued to establish himself as one of Australia’s leading vocalists and song-writers. In 2014 Liam relocated to New York City to begin working on new musical ventures and projects. During this year Liam recorded and played with New York City’s finest musicians including Chad Lefkowitz-Brown, Kris Bowers & Brad Williams. Liam also studied under Grammy-Winning Jazz Vocalist Kurt Elling. 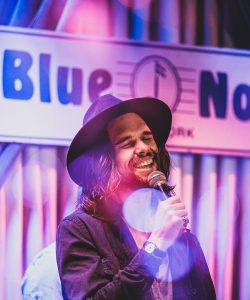 The Australian organist, Marko Sever, has emerged as a powerful presence in the organ world. Equally at home in the concert hall and in the liturgy, his virtuosic performances have taken him to some of the most prestigious venues across Europe and Australasia. 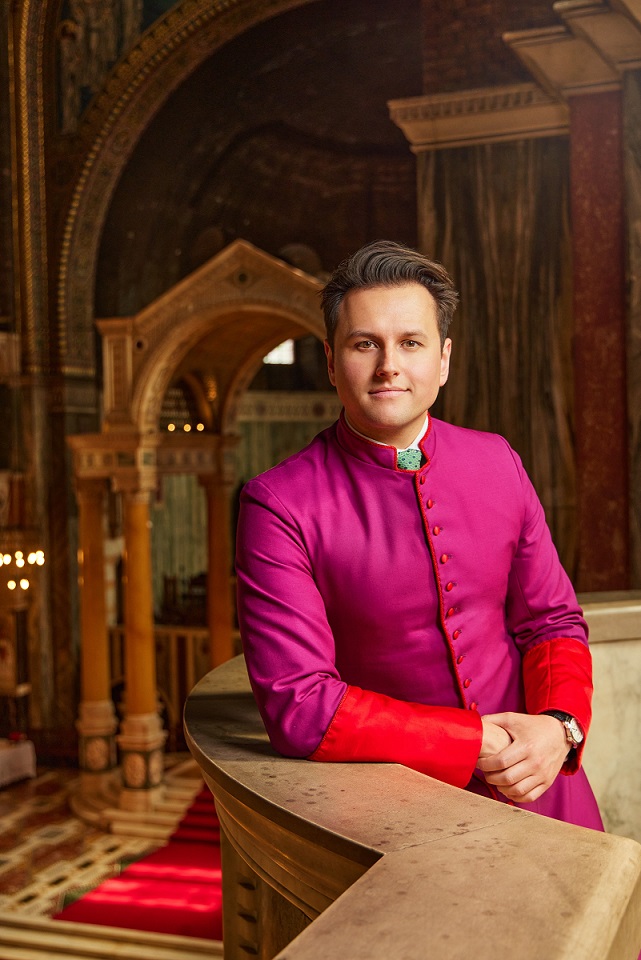 Marko has recently returned to his home country of Australia, having spent six years working and studying in London, gaining experience at the highest level of the English Cathedral tradition. His time in the UK concluded with two years at Westminster Cathedral, where he regularly accompanied and directed the famed Cathedral Choir. While at the Cathedral, he recorded his debut CD, Symphonie-Passion, on the Cathedral’s world-famous Grand Organ, considered the crowning achievement of Henry Willis III.

A graduate of the Royal Academy of Music in London, Marko gained his master’s degree in Organ Performance studying the organ with David Titterington and Gerard Brooks, as well as choral conducting with Patrick Russill. He has received further tuition from Colin Walsh, Martin Baker, and David Cassan.

A prizewinning Fellow of the Royal College of Organists, Marko’s repertoire spans five centuries of the finest music written for the organ.

Chelsea has always had a flair for music and is considered a virtuoso for performing in many forms. With eclectic ability, Chelsea has performed in a range of musical genres such as opera, musical theatre, 80’s rock and contemporary ballads whilst accompanying herself on the piano. Chelsea has played the piano since aged 6, the guitar since aged 13 and has used her voice as an instrument (her favourite instrument) for as long as she has been able to talk! 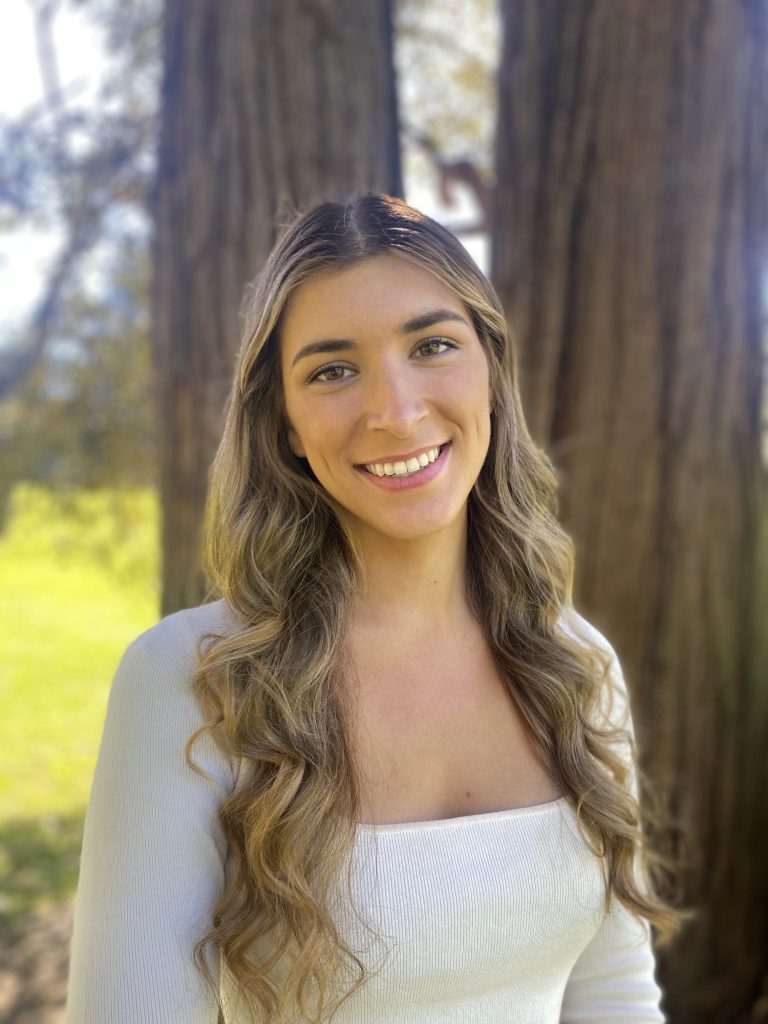 In her student years at CGS, Chelsea has played numerous lead roles in Grammar’s performing arts and music department. Securing the role of Jenny Lind, “The Swedish Nightingale” , in Grammar’s 2015 production of Barnum (2015) led to Chelsea being selected to play the lead role of Mabel from Pirates Of Penzance, performed at the Playhouse in 2018. Additionally, Chelsea was a proud participant in house music events including lead singer of her Rock band and several public performances at various events.

Now residing in Sydney, Chelsea is currently studying Musical Theatre at the Australian Institute of Music in Sydney. She continues to frequently perform at various gigs and is currently collaborating with an array of talented artists to pursue the release of her original material. Chelsea is assuring to pursue her dreams of music making the stage her forever home.

Dan has written music for the Sydney Symphony Orchestra, Queensland Symphony Orchestra, Australian Chamber Orchestra, Gondwana Choirs, Leichardt Espresso Chorus and Halcyon. As a performer, Dan is a member of the professional vocal ensemble ‘The Consort of Melbourne’, Sydney-based Cantillation, and Pinchgut Opera. He is a guest performer with The Song Company and was a founding member of early music ensemble ‘The Parson’s Affayre’.  He is a keenly sought-after conductor, appearing as chorus-master for the Sydney and Melbourne Symphony Choruses, and is Artistic Director of Choristry and Habeas Chorus, the choir for the Melbourne legal community. In Canberra, he is  Music Director of the Canberra Choral Society, Oriana Chamber Choir, Luminescence Chamber Singers as well as the Canberra Community Chorale.

Ethan is a Wallabalooa man from the Ngunawal Nation. He is an emerging artist and student based in Campbelltown, Sydney. Ethan’s practice is storytelling, drawing from his love of hip-hop. Ethan writes poetry in hopes to give insight into his life.

Timothy Gray is a Gumbayngirr/ Wiradjuri/ Bidjigal man born in Macksville on the Mid North Coast of NSW. Timothy is an accomplished singer/songwriter and has released 2 CDs with his 7 piece Reggae fusion band called Green Hand Band and Timothy is also a composer of classical music and is on the Board of Tribal Warrior Corporation. Timothy first joined Tribal Warrior in 2006 and became a qualified deckhand. Tim also has his own show on Koori Radio called Social Change. Timothy is on The Aboriginal and Torres Strait Islander Advisory Panel of City of Sydney.